Mirrorless or DSLRs for Landscape Photography?

This is a topic that comes up all the time on my Facebook Group: should I upgrade to a mirrorless camera for landscape photography? In some cases, new mirrorless cameras are making amazing waves in the photography industry. They’re the top of the line cameras with the best in class autofocus, sensor stabilization, fast frame rates, insanely good ISO performance, uncompressed Raw, and all kinds of features that’ll make your heads spin.

They’re also not that much more expensive than some of the best DSLR cameras from years past. So it’s easy to understand why most people are jumping ship from their DSLRs and switching to mirrorless.

Because of this, I have many people who are asking me why I haven’t upgraded yet. And the truth is, there’s a lot of reasons why I still love my trusty Nikon D850. Of course, I’m always looking over the horizon, waiting for that moment when a new camera can finally change my mind.

In the meantime, here’s are the reasons why I’m sticking with DSLR cameras for now.

The first thing that stands out when I pick up a new mirrorless camera is that they just don’t feel as solid as a DSLR. Most professional DSLRs are very near to being waterproof. But I’ve known people who got hit with seaspray and lost their mirrorless camera. Of course, getting hit with water at the wrong moment can ruin any camera. But I’ve never been scared to pack my D850 when there’s moderate rain.

The camera itself also feels rugged compared to mirrorless cameras. I know that this camera will be safe if it gets tossed in my bag, or if my tripod falls over. But the lens mounts on the mirrorless cameras don’t feel like they can take the same abuse.

The DSLRs also don’t have as many wires and connections to make inside the camera. Meaning there are fewer ways for something to go seriously wrong. Electrical issues can ruin any camera, but mirrorless cameras have many more ways to fail.

These are very important factors to consider for landscape photographers. You could be trekking your camera 10s of kilometers into the backcountry, up mountains, on boats, through the desert on camelback. And you need a camera that can keep up. Sometimes there’s a lot of money that’s spent to travel and take these photographs. And the last thing you want it to have dragged a heavy brick up the side of a mountain just to end up taking the perfect sunset shot with your cell phone.

Build quality is a purely subjective measure, and the DSLR cameras just feel more trustworthy in the field.

Is Camera Weight a Factor?

This section goes to the mirrorless cameras — I’ve been considering the switch on this feature alone. I’ve spent extra money on my tripod to shave off even just 500grams of weight. I’ve also sold my legendary 70-200mm f2.8 and switched it out to the F4 version since it weighs almost half as much. These are big sacrifices to make, but they’ve been worth it to me.

And when it comes to mirrorless weight, the A7riii, a high-resolution all-star landscape camera is 350 grams lighter than a DSLR. Not only that, but the new lenses are also designed to be lighter and sharper than their DSLR equivalents.

When you’re halfway up the side of a mountain, you’ll start counting every single gram in your bag. Especially if you’re on an overnight or longer hike where you have to pack your own food. At this point, the downsides of a Mirrorless camera start looking smaller and smaller. For right now, I’d rather pack fewer lenses. But I can’t say that saving a couple of pounds in the future won’t eventually sway my opinion.

For now, I do spend a lot of time outdoors, but I also do a lot of trips in an RV. I love traveling for photography this way because it allows me to pack different setups for different photographs. If I’m hiking a long way, but I know there’s a single photo I want, I can just pack the lens or two that I’ll need for that case. And then I’ll have everything else there when I need it for the next shot.

Battery life is the main reason why I can’t justify switching over to a mirrorless system just yet. With my DSLR, I can get through a week in the backcountry with just 2 batteries if I’m careful. When the camera is on, it doesn’t take that all that much battery power. Of course, if you’re shooting a wedding, you’re going to go through just as many batteries. But out in the field, I’m not taking that many shots. But Mirrorless shooters go through way more power in a single shoot.

The biggest drain on a mirrorless system is the fact that there is always a screen running to show you the exposure. This process sucks a lot of juice out of the battery, as it’s simultaneously running hundreds or thousands of small calculations. The benefit of that screen is that you know exactly what the exposure will be before you take it. But using a DSLR isn’t that much more difficult. Sure, I do often take test shots to make sure the exposure looks good, but that doesn’t nearly as much power as a mirrorless system. After that, I use the monitor inside the screen and adjust as the light changes.

I do love using Live View when I’m taking photos of the stars or the moon. This is because it allows me to focus much easier than the tiny viewfinder. And this process does take up a lot of power. So if I plan to take astrophotographs (which requires a whole other heavy lens), then I’m going to bring an extra battery to make sure I can make it through the trip. And when the batteries are nearly their final draws of current, I switch off as many screens as possible to avoid carrying out another brick.

How does Mirrorless Autofocus compare with DSLRs?

Shooting portraits of people or pets, the autofocus on a mirrorless camera can be a game-changer. Eye autofocus is so easy and reliable that you barely have to try to get things right. And it’s something that can never happen with DSLR cameras. They don’t have a constant, high-resolution sensor readout to focus with. I’ve been lucky enough to try out some of these features on my friend’s cameras, and I’ll admit I’m envious of it. But every time I go back to my DSLR looking at a sunset, I’m reminded that I barely even use autofocus.

In good light, yeah, I use it to focus on the background. If I’m photographing birds or wildlife, of course, autofocus is the only way I can get those stunning photos. But the autofocus has almost never let me down when I’ve needed it. And these are the same situations where a mirrorless sensor would fail as well.

If you’re shooting landscapes at night, no camera’s autofocus is going to work perfectly. And any system, DSLR or not will struggle when an animal is running right at you. This is something that you learn from experience, and you’re going to miss some shots every now and then.

But when it comes down to it, the autofocus advantages of mirrorless systems aren’t necessary for landscape photography. I’ve seen what they can do. But since most of my photographs are taken at infinity, this just isn’t a selling factor for me.

Right now, we’re in a revolution of cameras. I have so many friends who are going over to mirrorless cameras, and there are new videos about this on YouTube every single day. price is a very important factor for many people. And right now, DSLRs are cheaper than they ever have been before. My favorite camera is now almost $1000 cheaper than when I bought it, and yeah, I’m a bit salty.

Of course, we all knew this was coming. But that didn’t change the fact that I was ready for an upgrade. So the good news is that if you’re in the market for a new camera, you can get one with the same quality sensors found in the high-end mirrorless cameras for a fraction of the cost it used to be. This is definitely the best steal of the century. And I don’t think there will be comparable prices like this again for landscape photographers.

Can I overcome the drawbacks of DSLRs instead of buying Mirrorless?

There are many features that mirrorless cameras have that absolutely blow DSLRs out of the water. Some of the video features, the focusing, and even the light weight lenses are all fantastic innovations. But for right now, I don’t see myself buying one of these cameras. For one, I’ve had the D850 for 2 years, and it’s still functioning just like day 1. This beast has many lives left in it, and I’m not ready to set it down yet.

One thing I’ve noticed is that many photographers thinking about buying new gear, are often believing this will make them take better photographs. And while better systems make taking photos easier, they don’t make you a better photographer. The best advice I can give is to keep reading and learning new tricks, like making long exposures, or trying out HDR photography. And if you already know all of that, there’s a good chance that you’re not properly planning out your photography. 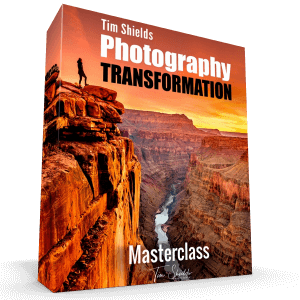 I guarantee that with these steps, you can take way better photographs with the gear that you already have. The thing about landscape photography is that the camera body doesn’t always make that big of a difference. People have been taking amazing photographs with film cameras, which don’t have any of the features we abuse today. So when you’re ready to learn more, come sign up for my free online web class. Here I’ll teach you my 4-step process for creating stunning, fine-art landscape photography in a simple video lesson. It’s the greatest tip that I have for all new photographers, and you can take the simple video training course for free right here!