Taking photographs in manual mode is daunting for many new photographers. That much power is way too scary and often results in underexposed, or blurry images. And I get it, there’s a lot of nuances to wrap your head around! But once you understand how simple the settings are, manual mode will be all you ever want to use.

There are three basic settings that every camera uses to control the exposure. ISO speed, Shutter Speed, and Aperture. Each of these have to be used in conjunction to make for a perfect image.

Don’t let the camera choose settings for you

Changing the settings manually gives you way more control over how an image has been made. Many people pick up a digital camera and expect that it’ll take images better than their cellphones. And while they certainly can, they do require a bit more effort than simply a tap of a button.

The main issue people run into is that the camera doesn’t know what they want to capture. It tries to do a little bit of everything. Make sure the whole scene is in focus, that the ISO isn’t too high, and hopefully everyone is standing still. If it’s dark, it’ll try to keep similar settings, but pop up a flash, making images look worse than a cellphone.

But when you learn to use the manual modes, you’ll notice that the camera uses a smaller aperture when the stock lens isn’t zoomed in. Using this knowledge, you can use a faster shutter speed to freeze the kids’ motion as they dash across the living room. And maybe bump up the ISO a bit so you don’t have to use flash.

Of course, there are many many more reasons than just that. Understanding the exposure triangle will give you a fundamental understanding of how cameras operate. And then, you’ll start learning how the photos you love are made. Then, you can go out and replicate these same techniques.

Don’t let the camera choose for you, because it’ll never get it right when you need it to. 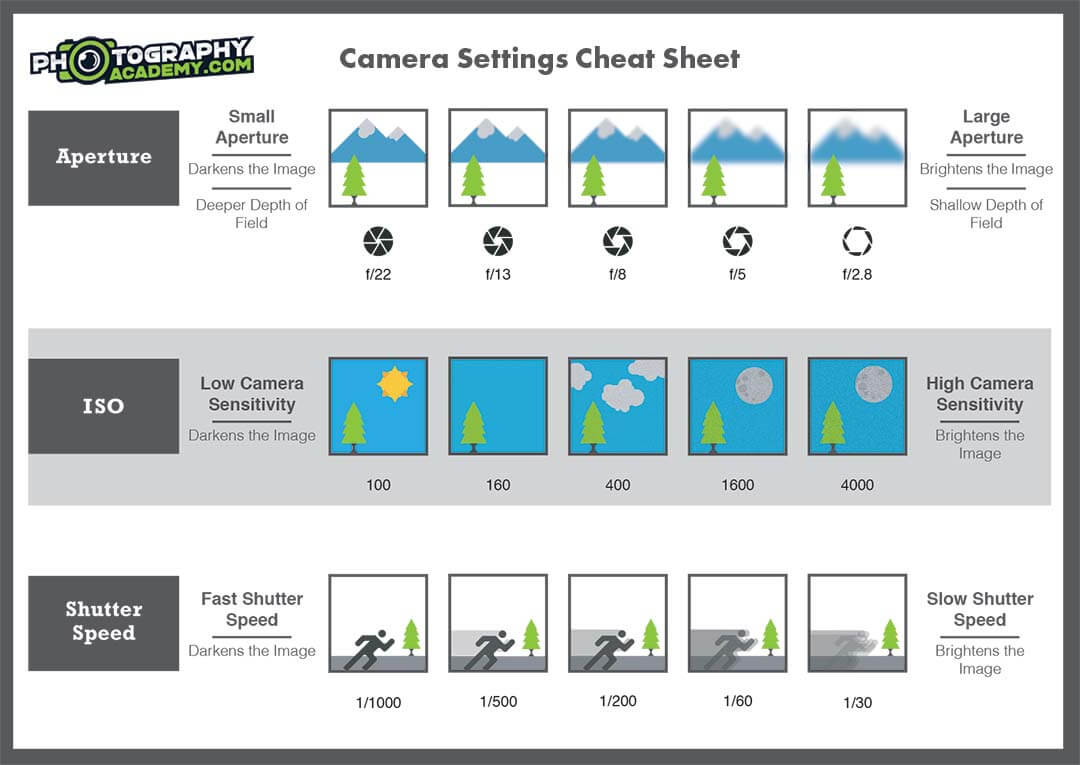 These are the three settings that will determine your exposure. Shutter speed changes the amount of time the sensor collects light. Aperture changes the size of the hole light travels through to hit the sensor, determining how much of a scene is in focus. And ISO determines how sensitive the sensor is to light.

That’s the basics of it. Back in the film days, the photographer only really had the shutter speed and aperture to worry about, but digital means we can shoot more than one type of scene with a single memory card, so I’m all about that extra convenience.

So how do I use these settings to determine what my picture will look like?

The faster the shutter speed, the less motion will be captured in an image. Usually, this results in creating sharper images. Most modern cameras can reach shutter speeds of up to 1/8,000th of a second. Some of them can even go as high as 1/12,000! Going that fast though will mean you’ll need to increase the aperture size (decrease the f/stop), or increase the ISO to compensate for the lack of light hitting your sensor.

So if increasing my shutter speed will make images sharper, why wouldn’t I always use a fast shutter speed? Because there are times when you need that blur to make an interesting composition. Waterfalls, clouds, or cars passing at night can all make for some captivating imagery. Part of the reason for that is the contrast of the blur versus the sharp parts of an image. Of course, if you want to blur the water, or use long shutter speeds to capture the stars, you’ll need a trusty tripod.

A great example of when shutter speed is extremely important is fireworks photography. I’ll teach you how to photograph fireworks in this article and video!

Aperture is the size of the opening in the lens that lets in the light. A higher aperture number, or f/stop, value in-camera means a smaller hole that the light is coming through. Using a higher f/stop will make more of the image in sharp focus, but will also make the image darker. This value is completely dependent on your lens, which will prominently display the number along with the focal length. Lenses with wide apertures like f2.8 or f1.4 are prized for the amount of light they let in.

But the smaller the f/stop, the less sharp an image is outside of the focus area. So composing an image at f1.4 could result in just a fraction of the image being sharp. If you’re taking a photo of a person, their eye could be in focus, but the rest of them, and the background would be blurry. People love this effect, which is called Bokeh, for the same reason they love blurred-out waterfalls. The sharp area contrasts with the blurry rest of the image, drawing your attention to the parts that have the most detail.

Getting lenses that do this best typically cost a lot of money. But there are cheaper versions, like the Canon or Nikon 50mm 1.8, that are perfect for beginners looking to get these types of photos. They’re tack sharp, and are the perfect entry into the bokeh game at a fraction of the cost of the pro versions.

This is the value that determines how grainy an image is. Say you want to shoot your image at f/16 and 1/8000 of a second, you’re going to need to use a really high ISO to compensate for the lack of light hitting the sensor. But that wouldn’t necessarily result in a nice image. The ISO noise can make images look unsharp, and removes a lot of the textures in the detailed parts of an image.

For this reason, you typically want to keep the ISO as low as possible to make sure you come away with good images. If you’re shooting a dimly lit event like a wedding reception, bumping up the ISO may be necessary to avoid blurry images. But for landscape photographers, using a tripod is a major help. It allows the photographer to sacrifice their shutter speed and still get a nice, sharp image while keeping everything in focus.

This setting alone is a great reason to shoot in manual mode, as automatic settings with high ISO values can ruin precious moments. 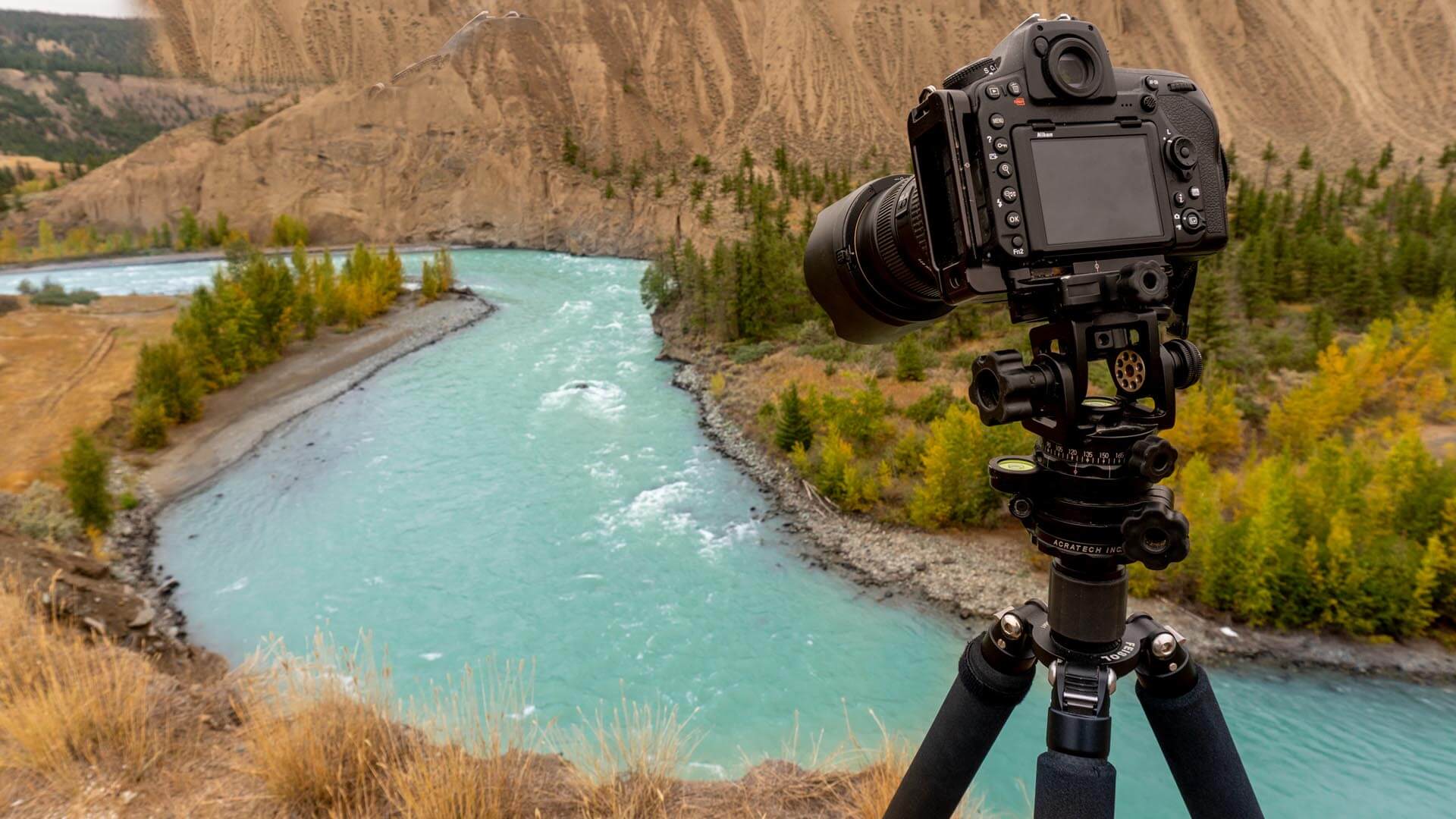 What gear do I need for landscape photography?

As I’ve mentioned above, the main piece of equipment that every landscape photographer needs is a tripod. This is one tool that seriously changes the game for photographers. Even with an entry-level camera, a kit lens, and a tripod, a photographer who knows what they are doing can make world-class photographs.

Any camera body will work well, even film cameras can take fantastic shots — you’ll just have to work a little harder. After that, every landscape photographer should eventually have a wide-angle zoom lens and a telephoto zoom lens. For most scenarios, just having a 24-70 lens will be enough, as you can always make panoramas with a tripod. As well, if you need to zoom in closer, you can stack images in Photoshop to get the same details as using a longer focal length.

For every problem related to gear, there is a possible work-around. But it does take extra time in programs like Adobe Lightroom. 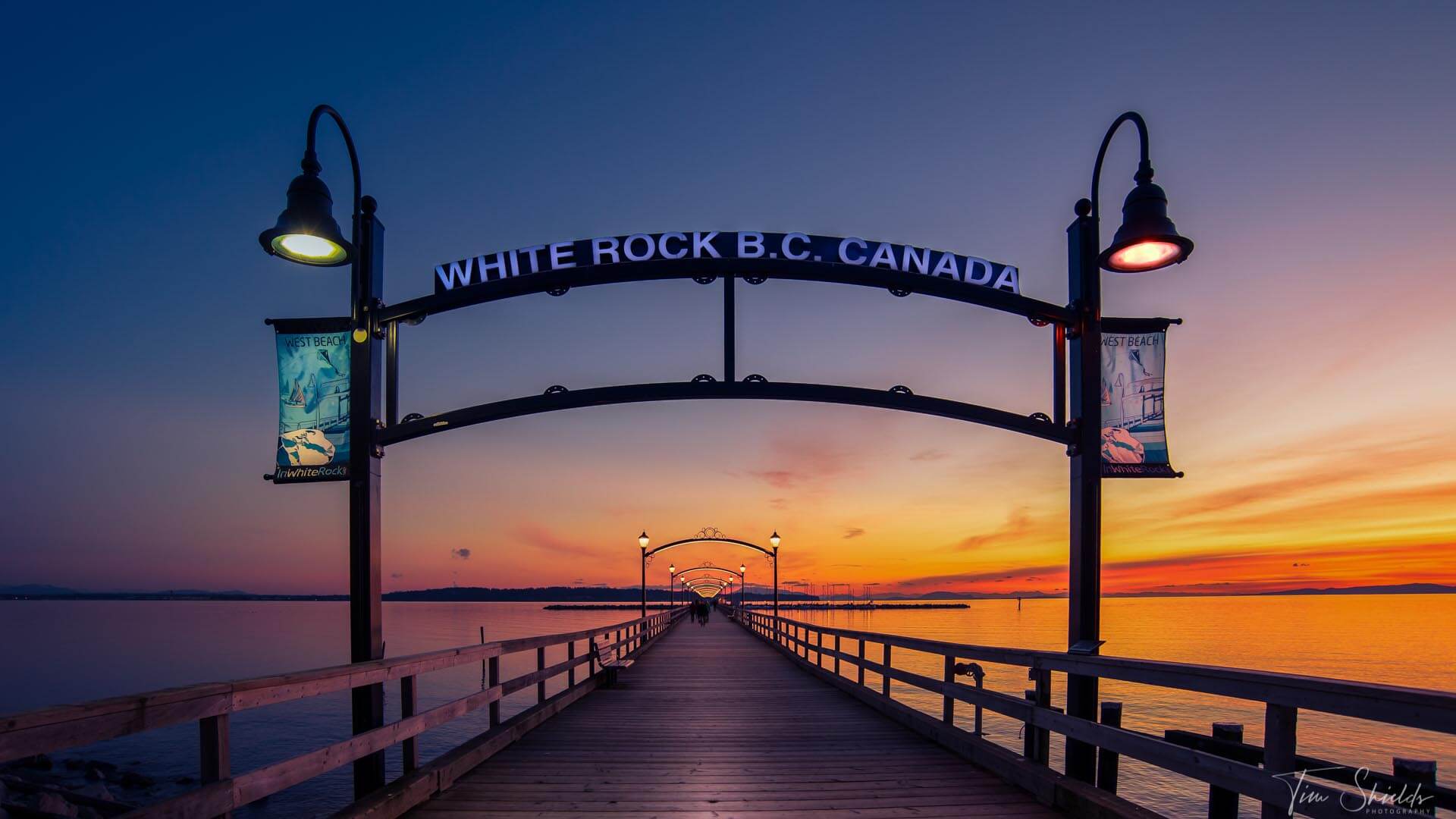 What kind of manual settings should I be using for landscape photography?

This completely depends on what you’re after. If you’re looking to blur the water as mentioned above, you’ll need to use a long shutter speed around 1 second or longer. I’ve found 4 seconds to be optimal for photographing fireworks displays.

If you don’t want to use a tripod, you’ll need a shutter speed at least the same as your focal length. This is called the reciprocal rule. But it doesn’t work for every situation. In fact, when I’m using an 85mm lens, I find that I need to shoot at least as fast as 1/200th of a second. Any slower and I always find some amount of motion blur.

When it comes to aperture, the vast majority of landscapes are shot using a smaller aperture, like f/8. This is to ensure that you’re shooting through the sharpest part of the lens. As well, using a small aperture will reduce issues like vignetting. But if you’re photographing the stars at night, you’ll be opening the aperture as much as possible to let in the most amount of light. Having a shutter speed that’s too long means the stars will look like lines. And if the ISO is too high, well, it’ll be hard to know what’s a star and what’s just noise.

These settings can be complicated at first. In fact, over the years I’ve gotten them wrong so many times that I had to make myself a checklist. It uses the memorable acronym FIREBASE, which you can read about here.

You can learn all of this, and even more with my Photography Cookbook 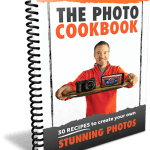 This is one of the most useful online books out there. Like a cookbook, it’s full of simple recipes that tell you exactly how to get the photograph you’re looking for. These formulas are all ones that I’ve used to make stunning images throughout my award-winning career as a fine-art landscape photographer.